Why Aren’t You Using My Software? 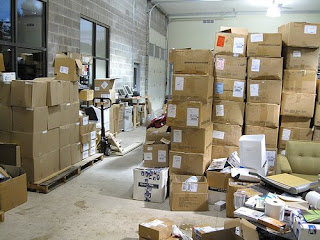 The picture on the screen was your average warehouse, but it wasn’t your typical Microsoft corporate shot, i.e. it wasn’t a perfect company with gleaming boxes on pristine shelves, where you’d swear you could eat off the floor. This one looked real. It was even a little — dare I say it? — messy. The Navision (Microsoft Dynamics NAV) developer from Copenhagen explained that this was a company they had used for research. The company had about $10 million dollars worth of inventory and already used Navision, but they weren’t using the inventory features. That was why the developers were there. They wanted to see for themselves. They wanted to talk to real people in a real company and find out how they could make the software easier to use.

Sometimes it isn’t enough to ask people what they want. They can tell you what they don’t like, but they often have trouble telling you how to fix it. Then you have to be sure that the fix for one person doesn’t cause problems for someone else. In this case, the reason the company wasn’t using Inventory was that they found it too complicated and cumbersome. There were too many features they would never use. Theirs was just a simple business.

That’s how the role tailored client was born in NAV2009. Every person has their own role to play. Each person needs access to different features. Jumping around between menus just wastes time and makes the system look complicated. The lay out of the options should tell their order. People should be able to tell at a glance how many transactions they have waiting for them so they can decide what to do next. If something isn’t being used, it should be taken off the window. Even if you are filling in for someone else, it should be clear what needs to be done.

Sometimes important steps are taken without any technological wizardry. Sometimes all it takes is a watchful eye and a curious mind.