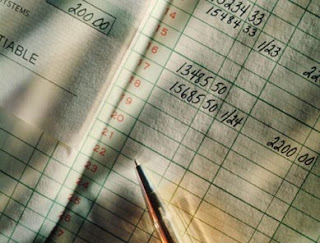 On Sunday I attended the annual meeting of a church in a well to do part of Toronto where I am not a member. The person in charge of fundraising got up and said that the central church had not reached its fundraising goal last year and was asking for a 3% increase in givings. A motion was immediately passed to increase the donations to the central church. Only two people voted against the motion, both (as I learned later) accountants.

The Treasurer then made a presentation about the financial statements and the budget for next year. He pointed to the large amounts transfered from the reserve fund into the operating fund. He said the church would not be receiving the investment income it was used to because the investments had been sold. He talked about the serious deficit and how the finance committee had a three year plan, which involved cutting some popular church events, to eliminate it. Suddenly I realized why the accountants voted against the increase to the central church: the local church couldn’t afford it. They see this as a major issue. The church is living beyond its means. It was a call to action.

Unfortunately, as I surveyed the faces of the audience, I don’t think the message got across. People are very good at tuning out the drone of accountants who talk about replacing the roof or repairs to the boiler. Accountants pride themselves on their objectivity and their lack of emotion.

This was the time to be passionate.

This was the time to say to the members that $800 per family average giving is just not good enough. The people in the room would think nothing of paying $200 per month for a family membership in a fitness centre, yet they do not give nearly that much money to the church that does so much for them. Accountants are not bible thumpers or sermonizers by nature, but the times have changed.

The church cannot cost-cut its way to prosperity.

People must be made to understand the seriousness of the situation and put all their weight behind the solution. We are like a people losing our culture and heritage in a new world. We must take extraordinary steps to maintain our way of life. The accountants in the room know the reality. They need to learn how to communicate their message effectively. They need passion.