The Cost of Data Entry 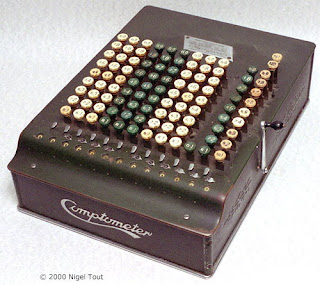 Ah, I remember those days well.  As a young auditor, looking a little uncomfortable wearing a suit every day, I was asked to audit the Accounts Payable department of a national retail chain.  The office was in a low rise building in the suburbs and the Accounts Payable department took up a whole floor.  That’s right, row after row of middle-aged women with comptometers, which were large, manual calculators.

Their job was to check all of the calculations on the invoices received from vendors and then batch the invoices for data entry.  The women (and they were all women in those days) down in data entry were not supposed to even think while they entered the invoices.  They were supposed to be like human computers and just key in the data, only looking at it if it didn’t agree to the comptometer total that came with the batch. 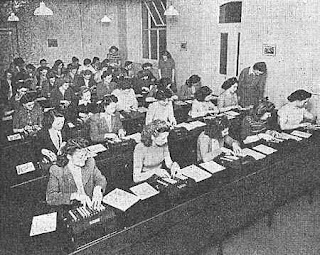 Funny story:  one of the older women in Accounts Payable liked me because I was careful about putting all of the invoices I selected for audit testing back into the right files.  She invited me out to lunch one Friday with “some friends from other departments.”  At the restaurant, she introduced me to the new credit manager, a woman about my age.  Then she looked at her watch and said that she had forgotten to do something important, and that we should go on without her.  Lunch turned out to be just the two of us.  The credit manager was deeply embarrassed and told me how the ladies in Accounts Payable thought she was much too pretty to be single, so they kept setting her up with eligible young men.  I’d love to be able to say that we were married the following year, but such was not to be.  The lunch ended quickly and we went our separate ways.

Data entry has changed a lot since those days too.  We expect the people who enter information to understand and correct the transactions, as well as flagging any that need further follow up.  Data entry is a more responsible position than it used to be.  Personally, I think that’s a good thing.  It’s a more rewarding experience to be involved in the business than to just sit there doing mindlessly repetitive tasks.
Data entry is also disappearing.  When we receive cheques, for example, they are entered via a scanner, which reads the bank’s magnetic encoding, as well as attempting to read the sender’s address information.  The data entry clerk reviews and corrects the information before posting the cash receipts, a much faster process.  Other companies, more advanced than ours, get rid of paper altogether by using Electronic Data Interchange (EDI) where all of the payment information is received from the vendor and the payment is wired into the bank account, freeing up staff to do more value added work, such as following up on outstanding payments.  So, instead of having a room full of data entry clerks, you have none.