Bill Kennedy Posted on March 26, 2009 Posted in Not For Profit 1 Comment 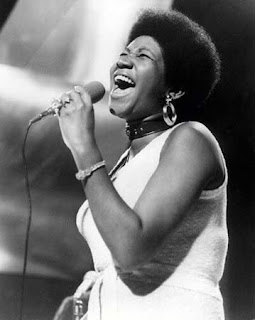 What might make some private companies or non-profit organizations in the United States adopt IFRS?
The eventual adoption of IFRS by small businesses and not-for-profit organizations is likely to be market driven. The IASB is developing a version of IFRS for small and medium-size entities that would minimize complexity and reduce the cost of financial statement preparation, yet allow users of those entities’ financial statements to assess financial position, cash flows, and performance.

That’s the AICPA’s position on the adoption by non-profit organizations of IFRS (International Financial Reporting Standards). We have the same issue here in Canada. The CICA (Canadian Institute of Chartered Accountants) is asking for input from charities. A number of church accountants convened recently in Toronto to consider the matter. We were unanimous: we like the current fund and deferral methods of accounting.

As it was explained to us, comparability is the goal of IFRS: every organization’s financial statements need to be prepared on the same basis as every other organization. There is no provision for non-profits. There is no recognition that a non-profit is a fundamentally different kind of organization.

When you buy a widget from ABC Company, you don’t care what they do with the money you gave them. They could put it towards research, pay it out as a commission, dividend it to the owners, whatever. You don’t care.

But when someone gives a dollar to a charity, they care where it is spent. They want to know which program it goes to, how much is used in administration and whether part of it has been saved as endowment capital. That’s how fund accounting developed. A fund is like that jar in your kitchen you put a little of your pay into every week to save for a vacation. Funds are intuitive and simple. They keep the money sorted by the purpose it was intended for.

Another example: assets and liabilities are currently required to be valued at market value. Interest free loans are very common in charities. Discounting them using some arbitrary rate doesn’t make sense in the non-profit world. The lender isn’t looking for a monetary return on the loan. They want to support the cause. Charities end up having to set up complicated transactions in order for the “right” accounting result to be achieved under new rules. The donor’s / lender’s wishes have no effect.

The IFRS people really needed to get to know us before they threw us out with the bathwater! The overriding principles of non-profit accounting are stewardship and integrity: how well the non-profit looked after the resources put at its disposal and how well it fulfilled the funders’ instructions. As the professional accountant was ending his IFRS explanation an image flashed into my mind. It was of a married couple sitting down with the financial statements of the Anglican (Episcopal) and United Churches and using financial analysis to decide which one to attend. I couldn’t help but laugh.