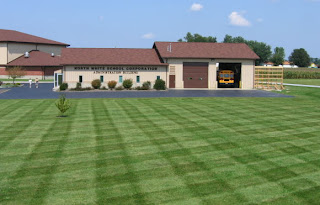 Stephen Covey has a wonderful story about teaching his son to take care of the lawn, which I won’t spoil here except to say that it was a difficult process and he has to remind himself constantly that the goal was to raise children not grass. That lesson was particularly poignant for me as I was biting my tongue watching my own son mow our lawn. At first we had to come down pretty hard on him even to do that particular chore. There were so many times I wondered if this were worth all the trouble. It would have been much easier just to do it myself. But then one day I noticed that one part of the lawn looked much better. I commented to him about how good it looked. The next time he did a better job of it. Now he is taking some pride in his work. When a bolt loosened and got lost, he took the initiative of fixing it himself.

Encouraging people to use technology is a lot like teaching a boy to mow the lawn: you have to look diligently for things to praise and encourage. At the beginning it will seem like an uphill battle, but you need to be the cheerleader for the new system. Nowhere is this more important than in the accounting department. People guard their spreadsheets! They are very reluctant to leave the proven systems they know to go with something new and untried.

They are not wrong. All of us have experienced or know someone who has been through a computer failure. There are always potholes in the road in an implementation and sometimes those potholes are enough to stop the system in its tracks. We used to say that people are afraid of change, but that has not been my experience. I would say that they are wary of change and the way to deal with their reluctance is to include them in system planning and testing.

As a project manager I know that without full support by senior management, any project is destined for failure. There has to be someone clearing the obstacles faced by the team, reminding people of the reason for the change and helping them get through it. Of course the consultant is going to cheerlead. After all, that’s how consultants make their money. But if the employees’ Manager is the one cheering them on, they will listen.

In case cheerleading is not a subject you ever took in college, here are a few tips:

Change is never easy, but it can be managed. The sooner people can transition from thinking about the system as “theirs” (i.e. the consultant’s) to “ours”, the better.