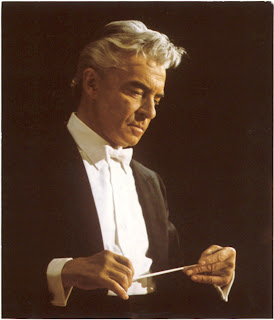 Is this your image of a conductor, someone who insists on being called “maestro”, someone with a whim of iron who can quell opposition with a single insult, someone who makes trained professionals quake in their boots?

Now, let me tell you about Peter. He’s a professional. He has exacting standards. He knows what he wants and he works hard to get it from the choir and musicians he conducts.

But somehow, naked aggression is not in his toolbox. You will hear him laugh rather than snarl. He is more supportive than demanding. But he’s not soft. When the altos were hesitant about their entrance, he stopped the music and asked them to inject more confidence into their part. He then repeated the section.

He treats his soloists with respect. He will consult with them about timing, but still he knows what he wants. “There is a time for drama, for spitting out the consonants and cutting the notes short. This is not that time. You need to lament,” he tells a tenor. Later in the practice he will compliment him when the tenor injects the right amount of drama into another part. Peter’s direction is clear and precise. He is careful that everyone knows their cue. When people don’t understand, he takes the time to choose other words to describe what he wants.

The work we’re practicing is Handel’s Messiah and Peter has invited me to play trumpet. There are over 50 individual pieces of music in the Messiah and the trumpet figures prominently in only three of them, so I have lots of time to study Peter’s style.

If I had to use one word to describe Peter, it would be “professional”. He doesn’t use his position to demand respect, he earns it. He knows his voice will be heard because he knows how to listen. I have never seen him raise his voice, yet he makes it clear when he thinks you could play better or are out of alignment with his musical vision. On the whole he is a casual person, yet, when the situation requires it, he assumes the dignity and poise of his position.

He makes mistakes. He will stop the practice, say that he started at the wrong speed and make a note on his score so that he doesn’t do it again. If someone on the team objects to one of his decisions, he will listen and is willing to change his approach. Somehow that makes other people willing to change their approach as well. The result is a committed, professional team of people who enjoy their work.

Now, what’s your image of a CFO?